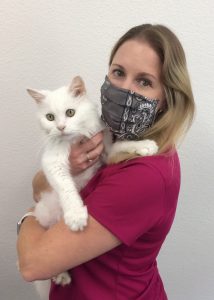 Doctor Donia Murray was raised in Davis, California but currently resides in Dixon. She went to Humbolt State University where she graduated with a Bachelors of Science in Biology. Donia went to Sacramento State to earn her teaching credential, then went on to teach in the Fairfield Union School District. After teaching Biology for a few years Dr. Murray decided to attend the University of California, Davis veterinary school and received her Doctorate in Veterinary medicine. Doctor Murray has been practicing with Aggie Animal Clinic since 2008. She has a retriever mix named Gator and an orange tabby named Spookley who is an Aggie rescue. 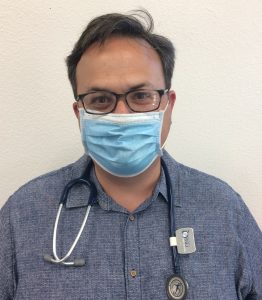 Doctor James Booth was born and raised in northern California. He attended the University of California, Davis for his undergraduate degree and during this time Dr. Booth was a technician at Aggie Animal Clinic. He graduated from UC Davis Veterinary school with his D.V.M. in 2000 and has been a Doctor at Aggie since. Doctor Booth has two cats and two puppies, Wicket, a Shih Tzu mix and Tanner, a yellow lab. On his free time he enjoys camping, golfing, traveling, and base jumping (KIDDING!) 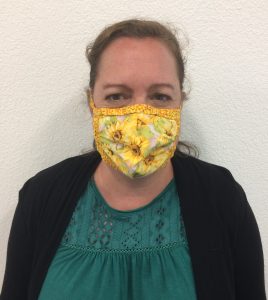 Dr.  Elizabeth Facciotti is another long time local, who grew up in Davis, riding horses and training her dog with 4-H.  She stayed local, graduating from UC Davis with a BS in Neurobiology, Physiology and Behavior in 1997.  She worked as a technician at Aggie during her undergraduate studies, delighting in the crossover between work and school.  Fulfilling her lifelong dream, she attended  UC Davis Veterinary School starting in  1997 and graduated in 2001.  She previously practiced in Berkeley and Seattle before returning to her hometown of Davis in 2008.  After doing relief work for a number of years, Dr. Facciotti was thrilled to return to Aggie on a more regular basis in 2018.  She lives in Davis with her husband, two daughters, grumpy cat, Pumpkin, and ridiculously cute dog, Jessie (both of whom were acquired through Aggie). 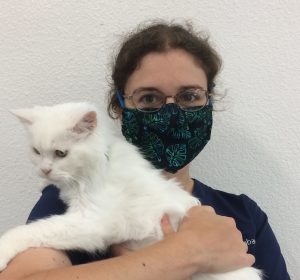 Doctor Alison Stambaugh joined Aggie Animal Clinic in 2019. She grew up in the Bay Area, then attended UC Santa Barbara for her undergraduate degree in Biochemistry while also playing for the UCSB Ultimate Frisbee team. She then went to UC Davis for her DVM, graduating in 2012. She enjoys many aspects of veterinary medicine, but especially surgery, dentistry, and ultrasound. After 2 years in rural NorCal and 5 years in Fairfield, she is happy to be joining Aggie Animal Clinic so she can work closer to home. She lives in Davis with her husband, who is also a veterinarian, her son, two turtles, a variable covey of quails, and two cats.

Accessibility by WAH
Call Us Text Us