We are currently hiring for a full-time receptionist/veterinary assistant to join our dedicated, caring, and inclusive team. Resumes can be emailed to rosiepw.aggie@gmail.com 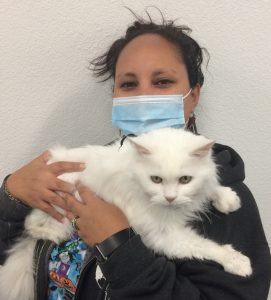 Rosie is our longest standing employee at Aggie Animal Clinic. She started as an intern and then joined the staff in 2000. She went to Western Career College and studied animal science, which got her started in the veterinary technician field. She currently takes on a heavy work load here by being the manager of Aggie Animal Clinic and the supervisor of the staff all while still being a head technician. Rosie has a kitty named Puss-n-Boots (aka Putty). She also has a dog a Chihuahua named JoJo. Rosie enjoys spending time with her two kids and being their “soccer mom.” 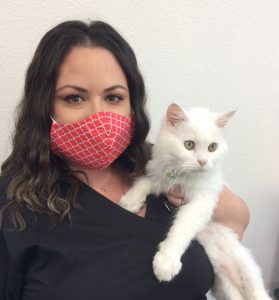 Jenn was born in Reedly, CA but raised in Fairfield, CA. She has always had a passion for helping others and wanting to be in the medical field. After being introduced by a friend to the vet technician world she could not resist the opportunity to take care of pets. She then attended Western Career College in 2005 which was how she was introduced to Aggie Animal Clinic through the intern program. She has been an employee working with us since 2007 and loves the lives she gets to help here. Jenn married her best friend, Matt in 2013 and they have three fur babies together, Emma (aka Moose), Patrick (aka Pat Pat), Cayenne (aka Te Te), and their one human child Madison (aka Madi). 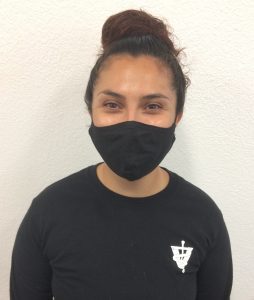 Elvira grew up in the little farm town of Winters. After graduating from Davis High in 2010 she knew her passion for animals was the way she wanted to go with her career. She attended Carrington College’s vet tech program between 2012-2014 and received her Associates Degree in Animal Science. Elvira started working at Dixon Pet Resort in the summer of 2012 and after completing school came over to the Aggie side in 2014. Elvira has 2 children, her son Donavin and her crazy pitty puppy Pablo. When Elvira isn’t chasing around her two Tasmanian devils she enjoys listening to music and family gatherings. 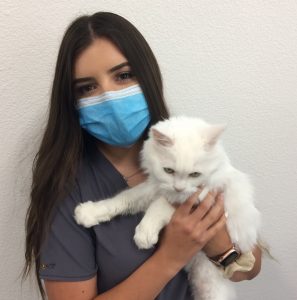 Perla grew up in Dixon Ca, graduated high school in 2017 and is currently in college pursuing an animal science major. She started interning at Aggie in the beginning of 2018. Perla has a huge love for animals and loves working with them along with all the staff. She has 2 German shepherds (Anaya and Zucky) and although they are not so little, they are still her babies. 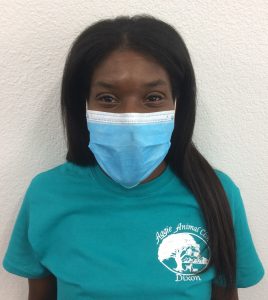 Tracion joined Aggie Animal Clinic in the summer of 2019. She has been in the veterinary field since 2009 and has a soft spot for pitties and yorkies. 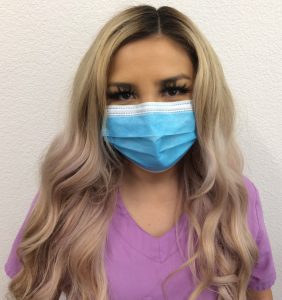 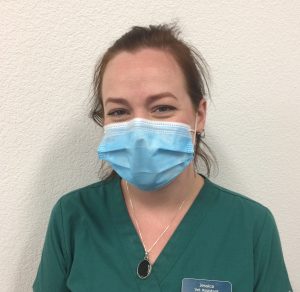 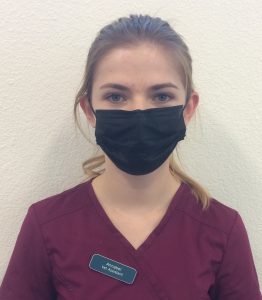 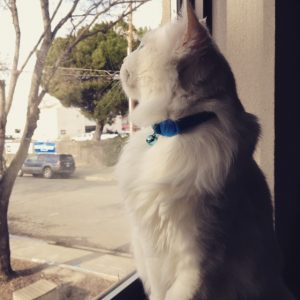 It is with great sadness that we said goodbye to our hospital cat, Mr. Boo, in June of 2021. Since 2014 he had been a constant presence at Aggie, greeting clients and warming receptionists’ chairs. We know he will be missed by the many clients who looked forward to seeing his handsome face at the front desk.